Nigerian Afropop artiste Joeboy revealed that his debut album “Somewhere Between Beauty And Magic” will be dropping soon.

In His words ‘Our album is ready and it’s beautiful… watch this space’, with this Joeboy hinted to us that he is ready to release his debut album project for this year 2021 to the world.

Joeboy is responsible for one of 2019 and 2020’s biggest hits and music lovers should expect Beauty and Magic from his next project. He had earlier released the body of work Love & Light EP which housed the hit songs; ‘Baby’, ‘Don’t Call Me Back’ and ‘Beginning’ in 2019, In 2020 i.e last year he hinted us about his debut album after blessing us with the song ‘Lonely’.

On 18th January, 2021 the singer dropped the visuals for the single lonely and officially unveiled the titled of his debut album which is “Somewhere Between Beauty & Magic” #SBBM plus release date – February 4, 2021. 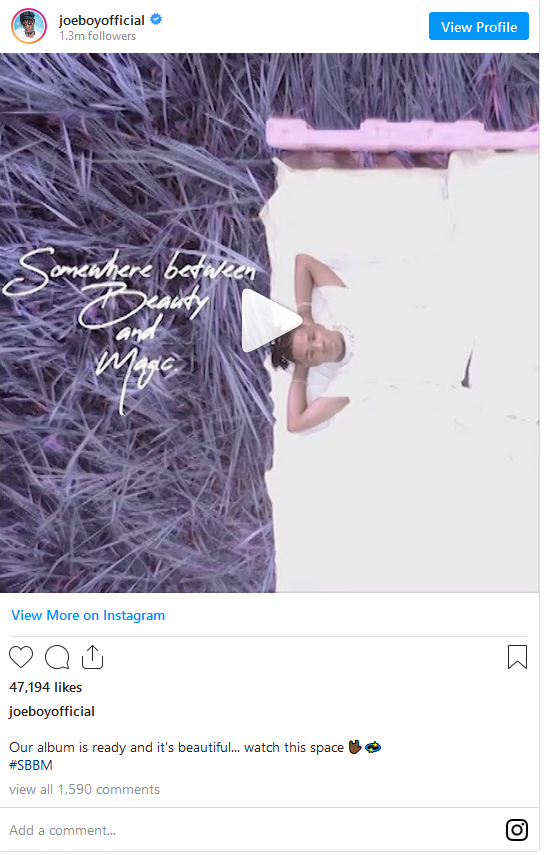 COVID-19: Grammy Awards Postponed Due To Coronavirus Concerns In The US

Share this on WhatsApp After the successful release of his lead single Sere ft. Fireboy …

Share this on WhatsApp Sensational singer, Tekno has unveils the official tracklist for his highly …